Two Gulls and a Girl by Roxanne Schinas 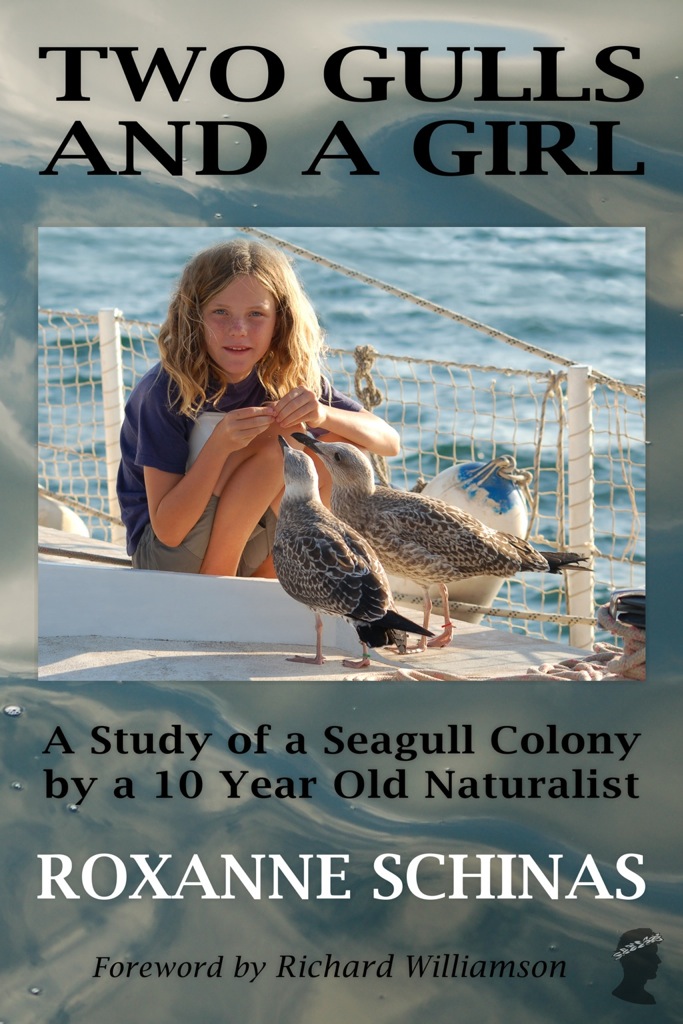 Roxanne Schinas has always had a passion for wildlife. Long before she was old enough to read of Gerald Durrell’s adventures she was emulating them, with pets ranging from rabbits and half-tame hedgehogs to toads, sticklebacks, locusts, and a crayfish.

In the spring of 2008, while her family were cruising in southern Spain, Roxanne decided to make a survey of the seagull colony on an uninhabited island. The project began with a hand-drawn map on which the nests were plotted. Phase two was to have consisted in the study of the young birds growing up on the island,  but when a local nature warden told her that most of the chicks would die, Roxanne found that she had a perfect excuse for “rescuing” two and bringing them home. Mother was not impressed… but the deed was done, and now the young naturalist had the opportunity to study, intimately, the development of Larus Cachinanns, the yellow-legged gull.

Two Gulls and a Girl is Roxanne’s record of events in the seagull colony and amongst her two hand-reared birds.